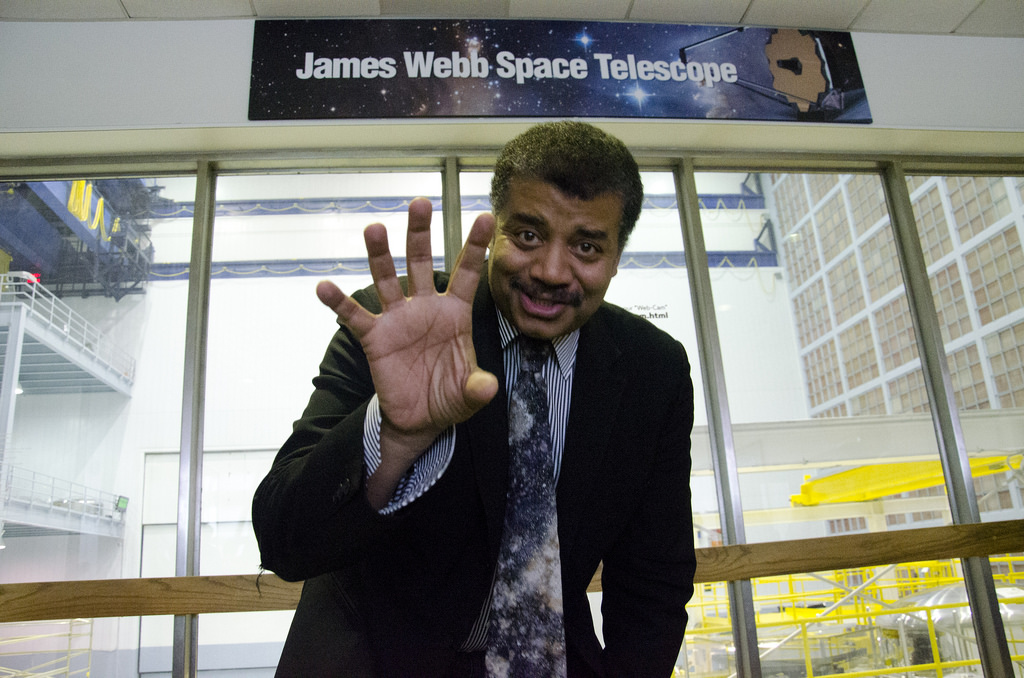 The Joe Rogan Experience – Holy motherf*ckin’ hell, I just wide-eyed my way through three-plus hours of Neil deGrasse Tyson spitting some of the hottest fire this infinite universe has ever produced…I am forever a changed man, mind, and human being. I couldn’t possibly rhyme off every single net-new fact this experience has bestowed upon me.

For starters, it turns out Chris Columbus was responsible for bringing syphilis to Europe?!? Maybe you all knew that but I sure as hell didn’t — I grew up thinking that guy was a goddamn hero when in reality he was, for many reasons, a first ballot Hall of Fame Shithead.

No longer will I question a microwave’s true intentions…(it’s just rumbling water molecules around rapidly — like farting underwater? — and uses friction to heat your pizza pocket. Or how about this…did you know the MRI acronym is misleading and should actually have an “N” at the front of it? For “Nuclear”. As Tyson explains so perfectly, “the other bad N-word” is responsible for revolutionizing medical technology. I had no idea!

(He touches on Space Force, and also argues that flying cars have already been invented)

But perhaps the funniest part of the podcast comes when he shrugs off the pyramids and their appointment as a modern-day miracle…Stonehenge is far more dope, according to the author of Astrophysics for People in a Hurry.

Oh, I almost forgot — would you believe me if I told you Earth is smoother than a cue ball? What about the mountains? And oceans? How? WHAT THE ****ING FUCK, NEIL?!

(Who knew this Tyson hit so goddamn hard? My head hurts…)

I’m not a religious man by any stretch, but you can bet I’ll treat Catholics at least moderately better moving forward, after being persuaded by The Fonz of Science — The Church of Carpentry is directly responsible for creating the world’s most oft-referenced calendar. Whoever Pope Gregory XIII tasked with his calendar assignment is the real “Real MVP”. And the tinkering that had to be done to get it just right!!!! The leap year rationale alone will leave you more confused than a Giuliani interview.

(Still, pay some friggin’ taxes. I have to believe that Jesus, an undisputed man of the people, would not approve of current practices)

There’s even a stretch where Neil talks for what seems like an hour, uninterrupted — just blabbing about this and that, praising NASA’s awesomeness and also touching on how dumb some people really are — he even trolls with class and grace. For the entire duration of the rant, Rogan (possibly high) does not say a word and instead just stares, making sure to sprinkle in episodes of laughter every time Tyson uses profanity to enhance his knowledge-dropping freestyle. I can’t be sure what Young Jamie was doing, but if it didn’t involve googling galactic-inspired imagery and just staring at them, he better have been watching J-Lo butt gifs…

Truth is, it didn’t matter what subject Neil was talking about…I was there for it! Hell, I’d listen to the man narrate The Weather Channel (that goes for either Tyson by the way). Imagine Iron Mike walking you through the weekend forecast…?

Following my YouTube University class with Professor Tyson, even though homework was not assigned, I felt compelled to continue exploring the depths of the virtual universe. After all, learning is a process, meaning it’s ongoing and lacks a definitive end. It is not a destination. It does not conclude with a stage walk or through the gifting of a piece of paper written in some weird alien language that nobody really understands but because it looks so distinguished, we put it on display, inside a fancy-as-fuck frame purchased undoubtedly from Amazon and hope wandering eyes stumble upon it every now and then. (#personaltruth) — like a phone call from Mom, the process of learning lasts a lifetime.

So, as a result of being intellectually stimulated like never before, I plunged into the black hole we know as YouTube…I wound up watching over two hours of space-inspired videos — beginning with a journey to the Sun and winding up at what appeared to be an Amoeba rager of microscopic proportions. A waste of time? Hell Nah, this was time very well spent (and at the present moment I’m, by most accounts, unemployed).

All in all, I’m confident if Jeopardy rang me and guaranteed a board full of science and history-related questions, I’d put Ken Jennings to shame. It would be a cliniccccc. Trebek can leave his cards backstage — he won’t need them, and honestly, don’t even bother giving the other two jamokes buzzers.

(I strongly recommend you listen to the episode. Or don’t and miss out on three-plus hours of some cool-ass shit)