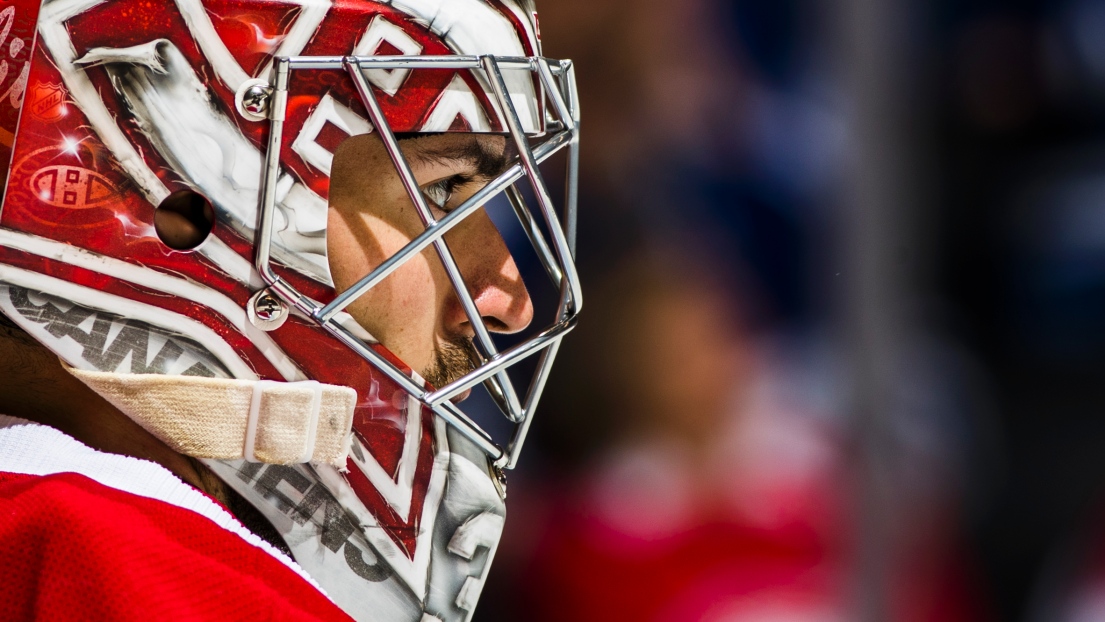 The Canadiens thought they had begun turning the corner, putting a horrid start behind them, when they erupted for five goals against the Florida Panthers a few nights ago. Not only had they gotten their first win in regulation, but they appeared to have finally found their scoring touch, and had done so AFTER falling behind early in the 2nd period. Rather than get discouraged, they rallied and scored the next five, including three in under two minutes. This was supposed to mark the beginning of the ascension from rock bottom reality the Habs had been stuck in since starting the season 1-6-1.

Instead, last night produced a 4-0 home defeat to the Los Angeles Kings that featured an overall lacklustre performance by all, and the most alarming development thus far in a season filled with them…mock cheers directed at Carey Price.

Now the so-called saviour has entered the fray.

Price has not been shy in his self-assessment — he needs to be better. To date, he has not been good, just look at the numbers and they will more closely resemble the productivity of a video game goalie on rookie difficulty level — 40th in SV% (.887), a 3.60 GAA and has given up 4 or more goals 5 times in 9 starts.

Price is subjected to more pressure than any other player in the NHL — don’t give me Matthews, McDavid, or Crosby arguments. Possibly in all of sports, although that is a debate I want no part of.

Manning the home crease in Montreal comes with the highest of highs AND the absolute lowest of lows. The expectations are astronomical, almost unfair and for the most part, Price has exceeded them in his time. But now, he looks different, almost disinterested in a way which brings me to the state of the team playing in front of him.

The Canadiens struggles are in no way the fault of Price. This team, from top to bottom is flawed and Price, as great as he is, knows it. Not even the brilliance of Carey Price, in his filthiest of forms, can mask the incompetence coming over the boards shift after shift.

For all his brilliance, Carey Price cannot score a goal. Unfortunately, neither can any of his teammates (apart from Max Pacioretty who has shown consistent scoring proficiency over the years despite having a porous shooting percentage — his numbers benefit greatly from playing on a scoring challenged team. Somebody has to do it.)

Price has never needed a ton of goal support to carry a team to victory. The proof is in the pudding when you look at Canadiens’ teams of years past. But this season has brought a level of scoring ineptitude to Montreal that few goalies in history, if any, could be expected to overcome. In Price’s magical 2014-2015 season, he finished with a .933 SV% and a 1.96 GAA. So far this season, the Habs are scoring 1.70 goals per game, so for as bad as Price has looked, not even his 2014-2015 MVP form would result in wins.

Fans pay high prices to attend sporting events all over the world — in Montreal, those prices are even higher than high — so to stipulate how and when they can express themselves is a slippery slope. But channeling your displeasure and disapproval towards the only player who has, almost single handedly, kept your team afloat in the sea of relevancy seems like poor, possibly alcohol induced judgement, no?

Carey Price has not forgotten how to play goalie. Anybody willing to argue the contrary is in need of psychiatric evaluation. Perhaps it’s time for his teammates to pick him up for once. When was the last time the Canadiens won in spite of Carey Price?

In a way, this off-the-mark version of Price could be a sign of an eventual shake-up at some level of the organization. Price is the straw that stirs the Canadiens drink and that has never been more true than it is today when you consider his record contract, set to take effect next season. Normally calm and collected, signs of behaviour that go against that expectation often result in changes — remember the stare down? That display was the beginning of the end for Michel Therrien’s second stint behind the Canadiens bench. He’s already had an outburst this year that saw him shatter a stick against his post after an all too familiar collapse in front of him.

Price continues to exercise caution in his dealings with the media but reading between the lines, you can see he’s frustrated with the lack of goal support and the unwillingness to address it, apart from a scripted claim from GM Marc Bergevin that the answer is in that room already.

Unfortunately, I would have to disagree with that claim from the Canadiens General Manager. The answer to the Habs goal scoring woes is not currently in the room. I don’t know where it is, but it’s not in there — A collective 5v5 shooting percentage of 3.6% through 10 games is so bad, I don’t even have the words.

Wherever the solution lies, the problem is not between the pipes. Jeering him while he and the team he’s carried for years try to right the ship is not how a supportive and committed fan base should act. He’s the only thing preventing them from sinking further into the depths of dismay.

Be careful what you “jeer” for Montreal…