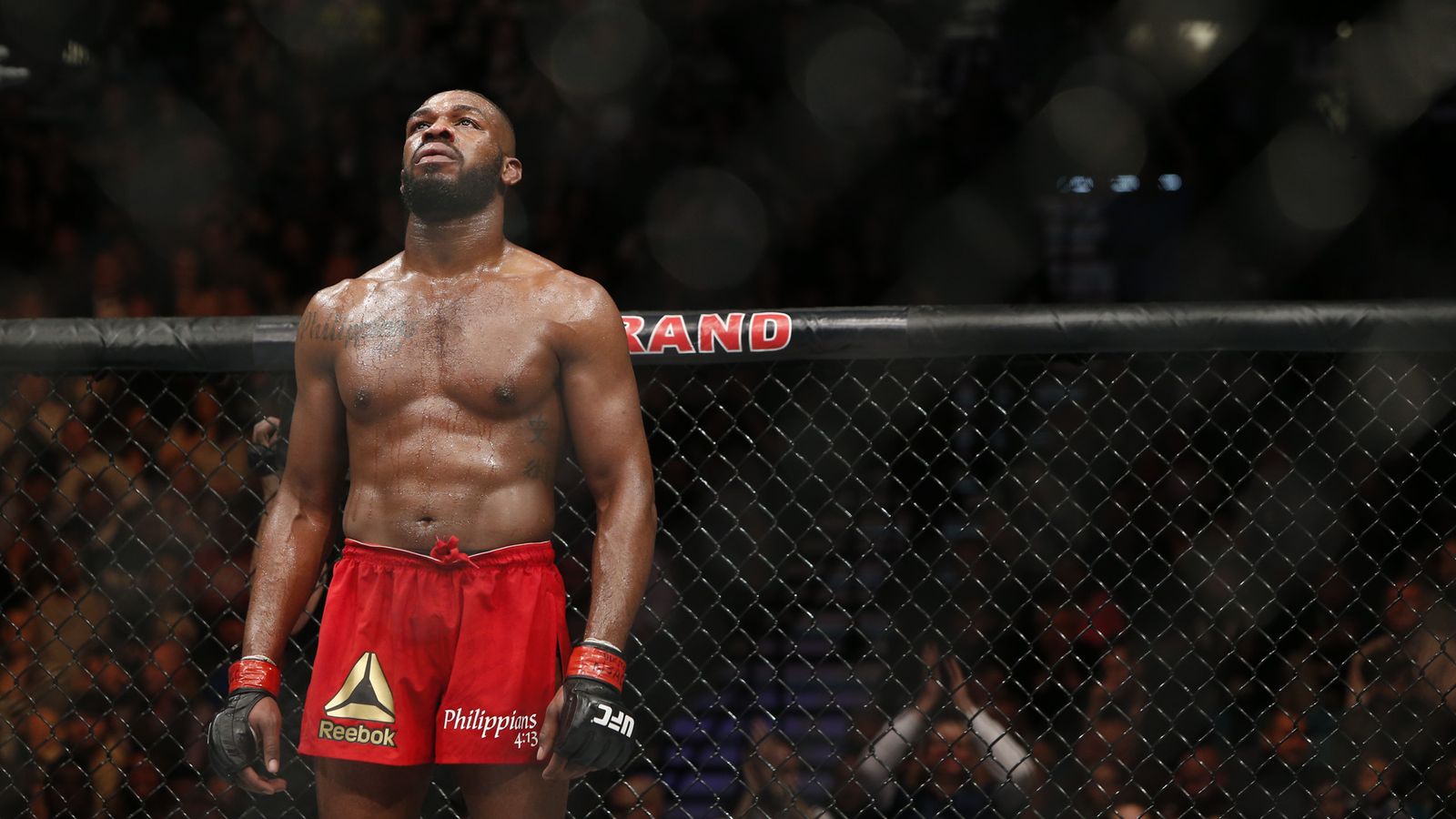 Jones-Cormier II — it was here, FINALLY!!! After so many swings and misses, no injuries or “dick pills” were going to stand in the way of fight fans getting to see, once and for all, the rematch it collectively yearned for.

Following a year long suspension for ingesting off-brand dong enhancers, the UFC was finally welcoming back what they hoped was a new version of Jon “Bones” Jones — a version of Jones committed to turning his life around, to being a better man, role model, champion, brand ambassador and hopefully one that would splurge the extra few pennies for Cialis. Essentially, a work-in-progress version of the man who replaced him as champion, Daniel Cormier, the epitome of class and dignity. Sorry, no confirmation on Danny’s bedroom drug of choice, but you get my point.

A light-heavyweight champion at the age of 23, Jones is widely considered the greatest to ever step inside the octagon.  Yet it’s what he’s done outside of it that has drawn the gaze of many. Maybe I’m wrong, but doesn’t it take A LOT of F*CK UPS to negate the impact of such a proclamation?

Or so we thought…

A test sample belonging to Jones, taken a day before the fight, tested positive for Turinabol, an anabolic steroid. The news sent shockwaves through the world of combat sports at a time when all anybody had been talking about was the upcoming May-Mac super fight. Watching Dana White painfully address the news, mere days away from possibly seeing his other “cash-cow” get picked apart by the greatest boxer of this generation was gut wrenching. White and the UFC have given Jones so many chances, willingly standing behind him as he worked through his personal issues year after year. Failure after failure. Sure, part of their motivation was business driven given what a huge draw Jones is when he’s not snorting lines and crashing into pregnant women’s cars. However, even with that being the case we must commend the UFC in their handling of Jones. It’s not like they were alone in the charity of blind faith…Many UFC fans continued to stand with Jones as he veered further and further off-track.

I’ve been one of Jones’ biggest supporters through his turbulent career. As a fighter, Jones is perfection personified, often making the concept of flawless look effortless. For all his faults and transgressions outside the cage, he was poetry in motion inside…unfortunately, all the talent in the world only comes with so many get out of jail free cards. Even while duo process plays out, part of me certainly hoping for a better ending to this story, most of me resides at peace with the reality that it is time to move on from Jon Jones and his story of WHAT COULD’VE BEEN?

In combat sports, the abuse of PED’s and the scrutiny one is subject to for failing to play by the rules goes beyond levels seen in other sports. People can die…quite easily as a matter of fact. Maintaining the integrity and cleanliness of combat sports is crucial, and Jones has yet to show he’s fully onboard with that sentiment. So I’m delivering a stiff and harsh verdict in my assessment of Jones, much like he delivered a stiff and hard kick to Cormier’s temple at UFC 214. Tit-for-that.

Facing a possible 4-year ban from USADA, losing Jones would be catastrophic for the UFC. Already suffering through a bout of low PPV numbers and a diminishing roster of big-name draws, the promotion can ill afford to see Jones go out like this . Ronda is gone. Lesnar eats PED’s like Skittles. Conor met Floyd and subsequently got introduced to the prospect of nine figure pay-days. All told, the UFC was Jones’ ship to captain had he just gotten his act together.

Instead, Dana White, post Mayweather-McGregor, is left to promote fights like Nunes-Shevchenko II and Michael Bisping facing a returning Georges St. Pierre in the latter’s first ever middleweight bout. While both fights have the potential to be memorable, neither gets the juices flowin’ quite like the prospect of McGregor-Diaz III, or a Lesnar-Jones mega-fight. (Sidebar – If found guilty, does this disqualify Jones from being able to battle Lesnar in a WWE match? Little victories.)

If this ends how I think it will — with Jones being suspended for 3-4 years, all but ending his career, Cormier should get the title back. Those losses to Jones mean nothing and believe me, I wouldn’t have said that before August 22, 2017. Everything Jones has done in his career must now be questioned and taken with a dump truck of salt. Cormier is a worthy champion, a very worthy champion. Did everything with class, beat everyone Jon Jones beat and represented the division and the UFC with grace and dignity. The narrative should not be whether Daniel Cormier can live up to the standard set by Jon Jones’ excellence, but rather if Jones, who may never fight in the UFC again, could have lived up to the championship standard set by Cormier.

We all thought we would find out the answer following the events of UFC 214. But all we’re left with is more of the same. At what point does Jones’ God start declining his calls?